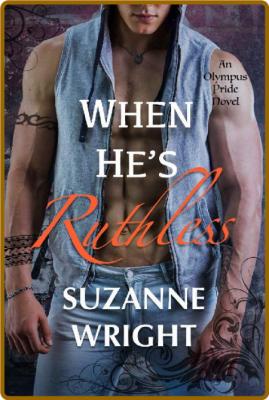 Blair Kendrick was just twelve-years-old when she stared into slate blue eyes and sensed that her world was about to change. She’d known down to her bones that the broody alpha cat shifter was her true mate. For the past six years, Luke has watched over and supported her. When she turns nineteen in a few months’ time, he’ll officially claim her and she’ll then join his pride. Or that’s the plan. Knowing her parents are extremely opposed to it, she isn’t surprised when her mother attempts to derail it. But the recent discovery on her porch comes as a shock, forcing Blair to face that she’s become the focus of a predator that lurks in the darkness and now intends to close in on her.

Not even the most ruthless of men are without a weakness. Luke Devereaux has only one: a fierce, lethal bush dog shifter who is also his mate. Before Blair, his mind was a place of endless blackness. She gave him purpose, peace, and balance. It’s finally nearing the time he can make her his, and he’s done playing nice with her interfering parents. But it turns out that they’re the least of his problems, because Luke isn’t the only one who has been watching and waiting for Blair to grow. There’s another who believes he has a claim to her. Someone who has so far kept to the shadows. Someone who is proving difficult to unmask. Someone who has already shown he’ll do anything to possess her. Even kill.