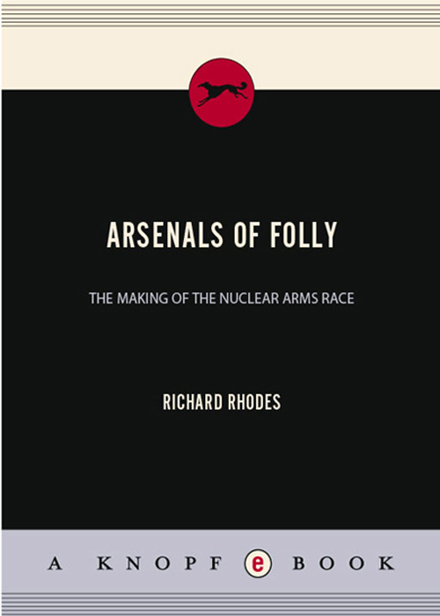 Pulitzer Prize-winning author Richard Rhodes delivers a riveting account of the nuclear arms race and the Cold War.
In the Reagan-Gorbachev era, the United States and the Soviet Union came within minutes of nuclear war, until Gorbachev boldly launched a campaign to eliminate nuclear weapons, setting the stage for the 1986 Reykjavik summit and the incredible events that followed. In this thrilling, authoritative narrative, Richard Rhodes draws on personal interviews with both Soviet and U.S. participants and a wealth of new documentation to unravel the compelling, shocking story behind this monumental time in human history-its beginnings, its nearly chilling consequences, and its effects on global politics today.
**

From Publishers Weekly
This is the third volume in a history of nuclear weaponry that began with the award-winning The Making of the Atomic Bomb, but despite its subtitle, this installment might also be described as a chronicle of the unmaking of the arms race. Paralleling the careers of Mikhail Gorbachev and Ronald Reagan, Rhodes builds up to a detailed account of the 1986 Reykjavik summit, at which the two leaders-both eager to achieve peace-nearly came to an agreement on eliminating their nuclear arsenals, before the accord, he says, was sabotaged by then-assistant secretary of defense Richard Perle. The insistence of Perle and other advisers that the U.S. required a strong deterrent against the Soviet Union is held up for particular contempt. There has never been a realistic military justification for accumulating large, expensive stockpiles of nuclear arms, Rhodes argues. Far from keeping America strong, decades of nuclear arms production have seriously eroded the nation’s domestic infrastructure and diminished its citizens’ quality of life, he believes. The clarity of the historical record reinforces Rhodes’s fiercely held political convictions, ensuring widespread attention as he returns to this critically and commercially successful subject. (Oct. 11)
Copyright © Reed Business Information, a division of Reed Elsevier Inc. All rights reserved.

From Bookmarks Magazine
Richard Rhodes digs deep into the workings of the Cold War to explain how and why, between 1949 and 1991, apocalyptic nuclear war could easily have occurredâ€"and how and why it was avoided. Through dramatic narrative and readable prose, Rhodes reveals the disjointed policies, bureaucratic infighting, and paranoia that marked this era, while profiling Soviet and American leaders (including Richard Perle, who nearly derailed the summit talks). Rhodes portrays Gorbachev, who advocated mutual security, as the eraâ€™s hero; Reagan, while sympathetic, comes across as more naÃ¯ve. While a few critics noted some sections of the book as repetitive and slow and others described Rhodesâ€™s first two volumes as more magisterial, Arsenals of Folly provides an important, timely lesson: the cost of the nuclear arms race was a waste of resources, Rhodes concludes, and since then, there has been "no reasonable gain in security."
Copyright © 2004 Phillips & Nelson Media, Inc.